Register Now for the Webinar

Register Now for the Webinar

Shamoon (W32.Disttrack) is a malware that rose to prominence when it was used in attacks against the Saudi Arabia energy sector in 2012. It is designed to destroy computer hard drivers by wiping the master boot record (MBR) and data irretrievably. Shamoon was detected again in late 2016, reportedly affecting thousands of computers across multiple government and civil organizations in Saudi Arabia and elsewhere in Gulf States.

Join Carbon Black and IBM for "Threat Hunting in Action" as they walk through how IBM threat hunters use Cb Response to pinpoint compromise vectors used by malware like Shamoon. They will also discuss how anyone facing such an attack can contain the affected endpoints, preventing the malware from spreading.
In this webinar you'll learn: 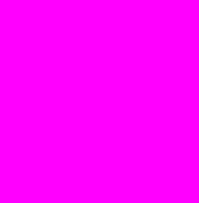 Thank you for registering for our live webinar!

You will receive login details prior to the event through GoToWebinar.

If you have any questions in the meantime, please email [email protected].